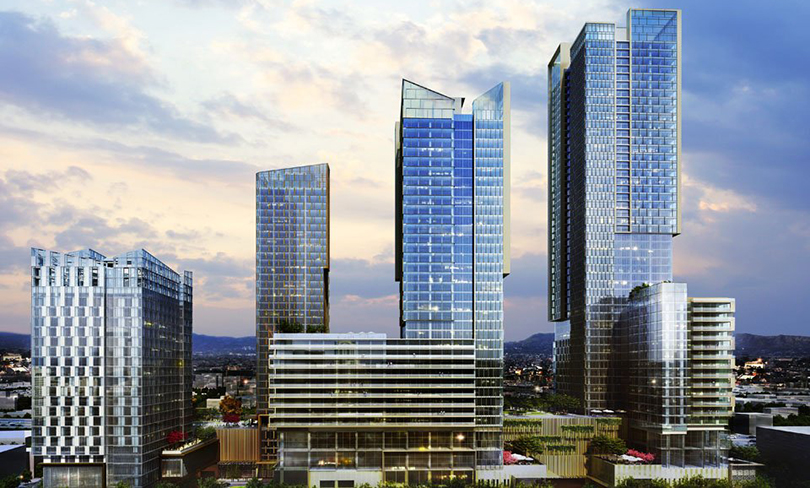 The first condominium tower in Metropolis, one of the biggest real estate developments in Los Angeles history, officially opens Thursday amid a wave of construction that is crowding the downtown skyline with new tall buildings.

The long-anticipated $1-billion luxury condo-and-hotel complex rising along the Harbor Freeway is one of a handful of mega projects being built by Chinese real estate companies looking to make a splash in Los Angeles and establish themselves as global brands.

Metropolis, which will have three residential high-rises, is being constructed by the U.S. subsidiary of Shanghai-based Greenland along the Harbor Freeway between L.A. Live and downtown’s financial district. The project includes the 18-story Indigo hotel that has been open since April.

The new tower stands 38 stories and has 308 units, 80% of which have been sold or are in escrow, according to Metropolis. Intimate studio units sell for in the upper $600,000 range, and the eight penthouses planned for completion in August are expected to fetch more than $3 million apiece.

Martin Beck of Major Properties Has Closed a Multi-Family Deal for $4,250,000

Martin Beck has been specializing in multi-family real estate for the past five years (out of the...