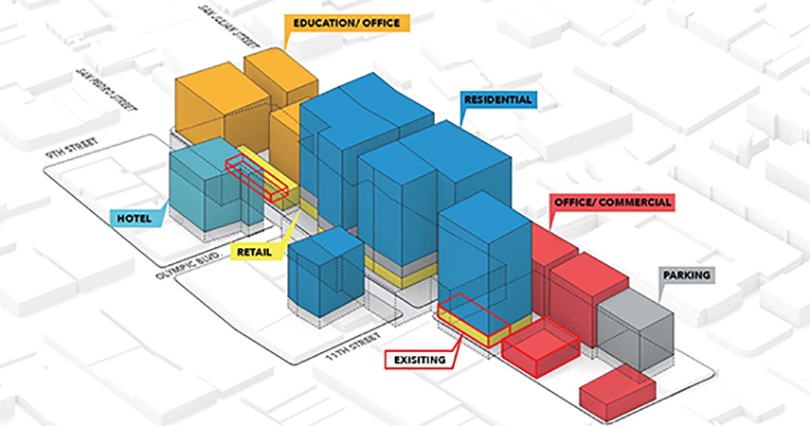 New renderings of the major mixed-use development City Market, planned for the Fashion District, was released this week at the Downtown Los Angeles Neighborhood Council’s Planning and Land Use Committee meeting.

The massive project is expected to span across nearly 10 acres and would transform Downtown Los Angeles’ Fashion District.

Buildings would range in height from three to 38 stories with both private and public open spaces.

Designed by HansonLA, the project is expected to cost between $500 million and $1 billion. It would be bounded by San Julian and San Pedro Streets between 9th and 12th Streets.

City Market was first proposed in 2013 by six property owners led by Peter Fleming, whose family owned and organized the former produce market in 1909, according to the Los Angeles Times.

Plans call for the project to be built in four phases and is expected to be completed in 25 years. A start date has yet to be announced.