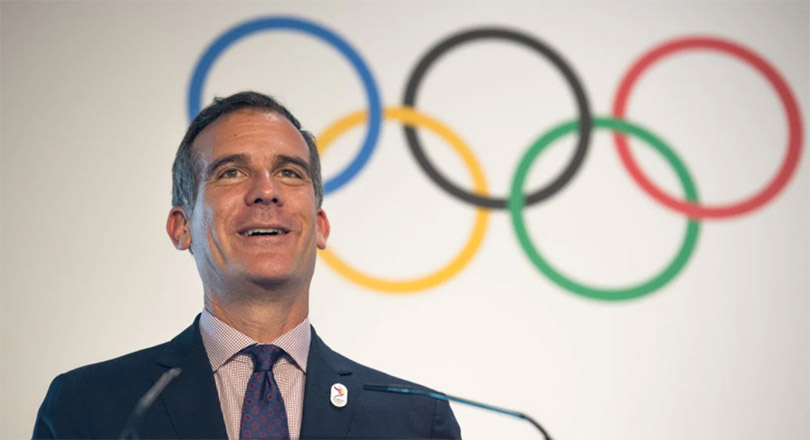 Earlier this month, the International Olympic Committee took the unusual step of picking Paris and Los Angeles to host the 2024 and 2028 Summer Games, but leaving it to the cities to negotiate the order. According to Los Angeles Mayor Eric Garcetti, his residents should be prepared to wait an extra four years before the Olympics return.

Speaking at a BuzzFeed event, Garcetti said his city becoming the 2024 host “is not probably most likely to happen.” That date was widely viewed as the more attractive option, given the greater amount of uncertainties in planning for an event 11 years into the future and those were the Games on which Los Angeles had actually been bidding.

The IOC was eager to lock in both cities as hosts, however, and Garcetti said the governing body is making the later date “financially so attractive, we’d be stupid not to take 2028.” Although a final IOC vote is set to take place in September, the mayor said “the bid is all but done. We have won.”

Paris last served as the site of the Olympics in 1924, so the fact that it could celebrate the 100th anniversary by hosting again gave it a strong card to play in the bidding process. The city had tried on three previous rounds of bidding to win the Games, and French President Emmanuel Macron was in Lausanne, Switzerland, as was Garcetti, where the IOC made the recent announcement from its headquarters.

“We lost three times, we don’t want to lose a fourth one,” Macron said at the time (via the AP). “I’m here to convey the message that there’s a strong unity to back this candidacy.”

Meanwhile, Los Angeles last hosted the Olympics in 1984 (it also hosted in 1932), and those Games were noted for their organizers’ adherence to strict cost controls. Since then, the Olympics have again become associated with cost overruns and redundant facilities, and Boston, which had been the U.S.’s front-runner for 2024, dropped out of the bidding following a grass-roots opposition campaign.

Other cities, such as Hamburg, Rome and Budapest, also dropped out because of a combination of financial and political concerns, but civic leaders in Los Angeles were happy to wind up in the final two. Garcetti, though, will have to present details of a 2028 plan and get the city council to sign off on it.

“Mayor Garcetti does not believe that waiting four more years would increase our risk profile,” a spokesman for the mayor told the Los Angeles Times. “Whether we host in 2024 or 2028, our low-risk plan remains the same — using existing infrastructure, and controlling costs.”

Los Angeles to Have Fully Electric Bus Fleet by 2030